The dominance of the Dublin Docklands as the preferred location for investment is facing a new challenger in the form of Dublin 8. New research from Knight Frank reveals the growing number of developers and investors who are in the process of deploying capital across four distinct locations. The first area proving to be of interest is centred around Heuston Station. As one of only four areas of the city designated for a height cluster (along with the Docklands, Connolly and Georges Quay), Heuston is poised to become what Dublin city planners see as a counter weight to the Docklands. Recent deals in the area include the HSE taking an assignment of 31,225 sq ft at the Brunel Building for €35 per square foot, with three years remaining on the lease. 1 HSQ is currently on the market for sub-lease/assignment by Eir for a rent of €40 per square foot, While 2 HSQ is believed to be reserved. 1+2 HSQ were purchased in the first quarter of this year by CK Properties for €176m, representing the third largest office deal ever in the Dublin market. In another significant deal for the area, developer Joe O’Reilly’s Chartered Land acquired the landmark Hickeys site at Parkgate Street for more than €30m last August. The property has the potential to accommodate a number of uses including residential, hotel, or a landmark office. Outside of Heuston, the areas of Newmarket and Fumbally are proving to be a magnet for investment with tourist, student housing, hotel and office developments all taking place within close proximity of each other. In terms of office development, some 170,000 sq ft of office space is due to come on stream at Newmarket Square with a further 22,000 sq ft due at nearby 55 Fumbally. The Fumbally Estate is the main standing office asset and was recently sold for €33.5m by M7 Real Estate to BCP Asset Management, representing a net initial yield of 5.7pc. The Fumbally Estate was purchased by M7 Real Estate in the first quarter of 2017 for €21.5m, for a net initial yield of 7.9pc. Elsewhere within the Dublin 8 postcode, the overflow from Dublin 2 into the area along Golden Lane and Christchurch is benefiting from spillovers in occupier demand from the city core. The most significant letting in Dublin 8 in the recent past occurred here, with New Relic taking 31,000 sq ft at 31-36 Golden Lane for €47 per square foot in Q2 2017. The letting represented the successful execution of a value-add strategy by Mm Capital who acquired the building in Q2 2017 before refurbishing, letting and then disposing of it to German Investors KGAL for €25.5m, representing a net initial yield of 5.3pc. Nearby, Credit Suisse paid €23.8m for The Chancery in the final quarter of 2017, representing a net initial yield of 5.8pc. Number 61 Thomas Street, which is under development by Paddy McKillen Jr and Matt Ryan’s Oakmount, is the only new delivery of office stock due in Dublin 8 next year. The quoting rent of €45.00 per square foot represents a significant discount on the prime headline rent of €62.50 per square foot currently being commanded in Dublin 2. The fourth and final district now being targeted by investors in Dublin 8 is arguably the most important. Located at the site of Guinness’s Dublin home, St James’s Gate has the potential according to Knight Frank to be a “game changer” for the area. With an estimated delivery of up to 560,000 sq ft of office space slated from 2023, the site is expected to “bring critical mass and scalability to Dublin 8, enabling it to compete with more established office locations in Dublin by becoming an occupier location in its own right”. Knight Frank says it expects occupier demand to be particularly strong among the tech industry, helping to realise the original ambitions for the Digital Hub. Source: ‘Indo Business’ 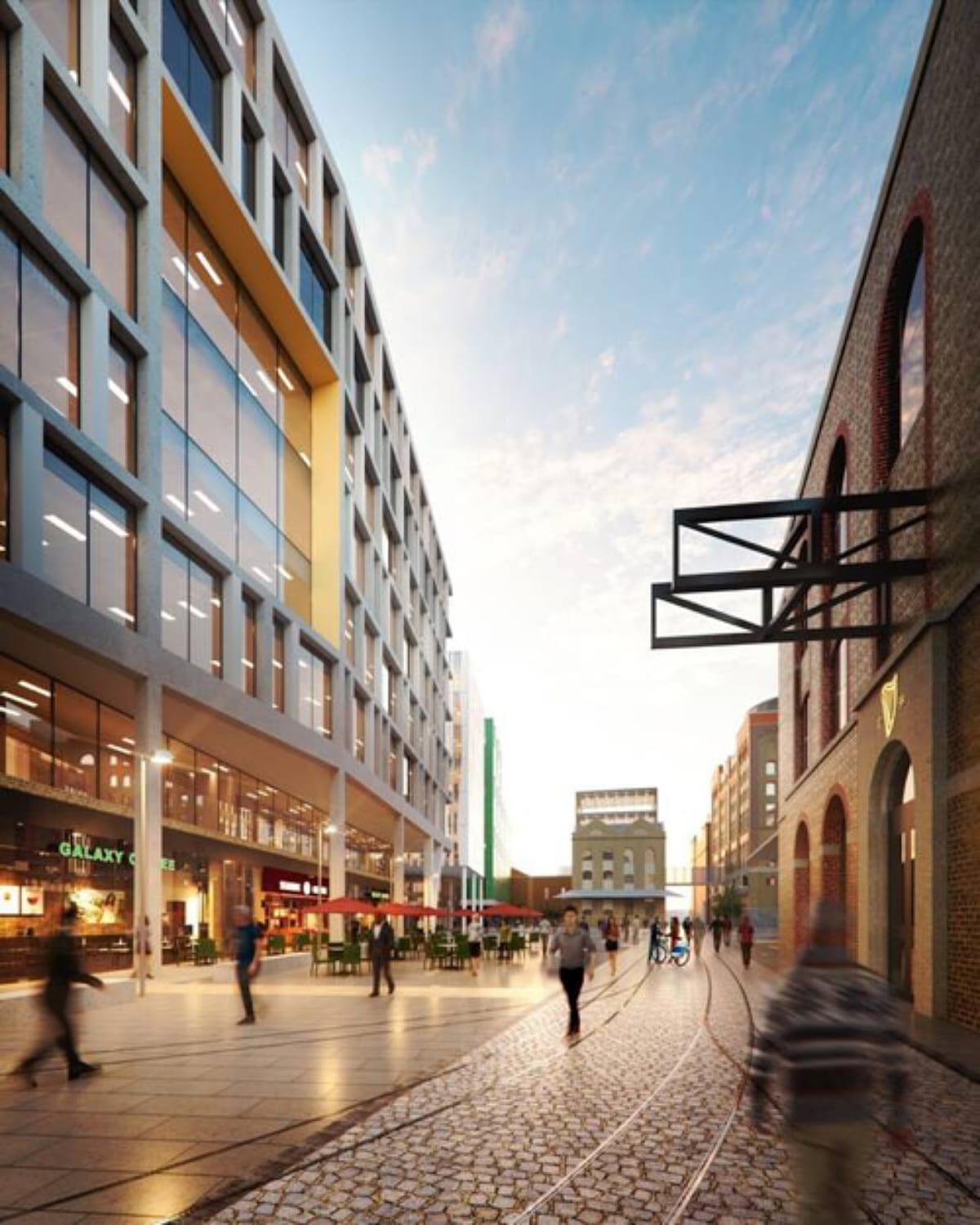